September is Childhood Cancer Awareness Month.  One of the missions of Adam's Angels Ministry is to promote Awareness in Washington County and the surrounding counties that we serve.

Adam's Angels Ministry has purchased copies of "Better Angels", a book written by Sadie Keller, a childhood cancer survivor/advocate, and Congressman Michael McCaul. They will be donating the books to public libraries and both public and private schools in the local area.  die was diagnosed in 2015 with ALL leukemia at the age of 7.  Sadie and Congressman McCaul met while she, being in remission, was lobbying in congress for childhood cancer awareness, research, and funding at the Childhood Cancer Summit in Washington DC. Adam's Angels Founders, Tim and Donna Culliver, were in attendance at the Summit  working alongside Congress McCaul and other legislators as they have for the last ten years.

In addition to being impacted by the Cullivers story and sudden death of Adam Culliver in 2003, Congressman McCaul himself was also impacted by childhood cancer, when in grade school he lost his best friend to cancer.  This has had a lifetime impact on McCaul.  The congressman coauthored  a bill, the Star Act, which addresses four major concerns facing the pediatric cancer community:  Survivorship, Treatment, Access, and Research, as well as elevate and prioritize the fight against childhood cancer at the National Institute of Health.

The STAR act passed the House by a unanimous vote in May 2018.  The members released the following joint statement:

"Today was a long-anticipated day for the pediatric cancer community, and one to be celebrated.  This bill is the most comprehensive childhood cancer bill to ever pass Congress and will finally head to the President's desk to be signed into law.  Childhood cancer remains one of the deadliest killers of our kids and we as a Congress, and a nation, must say "Enough is enough."  As co-chairs of the Children Cancer Caucus, we would like to thank all those who made this possible, including the Alliance for Childhood Cancer and the entire childhood cancer advocacy community."

On June 5, 2018, both Sadie Keller and Congressman McCaul were among those present as President Trump signed the Childhood Cancer STAR Act of 2017 into law.

Sadie Keller and Congressman McCaul went on to write "Better Angels".  Best-selling author, Davis Estes writes "Better Angels is filled with truth and inspiration beyond measure.  Sadie Keller's journey is a must-read for anyone with a pulse.”, and award-winning author, Wendy Mills writes, "Nobody wants to think about childhood cancer, but we can't look away.  Our children deserve better.  A beautiful, uplifting story about the bravery of one little girl and the angels she met along the way.  This fierce, heartbreaking book had me cheering, crying, and ultimately shouting "you got this girl!"  The strength of Sadie Keller, and the children like her, shone through on every page and will stay with you long after you close the book." 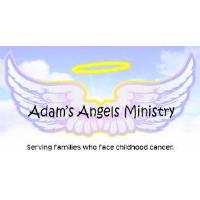