Washington County Foodways, the inaugural temporary exhibit at the Brenham Heritage Museum, will include five ticketed educational tastings. The ambitious programming to accompany this exhibit is the largest ever undertaken by the museum, and the ticket price serves as an important fundraiser for BHM’s programming moving forward. This new photo-heavy exhibit focuses on the wide variety of ethnic influences that have shaped what we eat in Washington County, and the tastings will celebrate those delicious topics while providing some historical background or personal stories.  Other topics included in the exhibit are past local restaurants and saloons, what “farm to table” looked like a century ago, and other factors that shaped what our forebears ate and drank.

There will be five separate Foodways Tastings events, all taking place on Thursday evenings between December 1 and February 9. Each will include multiple items, both entrees and desserts. The first will celebrate all things meat including a barbeque tradition that is strong in Washington County. Next up will be a look at Holiday traditions. That will be heavy on sweets and will also include tamales, a South Texas Christmas staple. January will have two tastings, one honoring more recent immigrant contributions to our cuisine, and the second one celebrating beer and brewing. The final tasting will honor African-American culinary contributions. Each of the five promises a good time and tasty treats.

The December 1st Tasting starts things off with a bang. LJs Texas BBQ, a Texas Monthly top 50 Barbeque restaurant, will provide entrée tastings. Owners Matt Lowery, Corey and Leah Cook will bring their best and also speak about the history of BBQ in the area and their approach to the pit. A dessert partner is being finalized, and beverages will also be on hand.

The Foodways of Washington County exhibit is generously underwritten by Humanities Texas and Brianna’s Fine Dressings. Humanities Texas is the state affiliate of the National Endowment for the Humanities. The museum is very excited that several local restaurants have already committed to be partners for the Foodways Tastings. Among those taking part will be LJ’s Texas Barbeque, Must Be Heaven, Jet Set Chocolates, Mike Hopkins Distributing, LA Chicken Shack, Chinese Buffet, and Thomas Craft Confections. Other purveyors of fine food will be secured soon.

Tickets for individual tastings are $40 for museum members and $55 for non-members. A season pass includes tickets to all five tasting events for $175 for members and $250 for non-members. The cost of the tickets for these fun, delicious events includes food, refreshments and program along with after hours museum admission. The funding is needed to support programming for future exhibits throughout 2023.
For more information, or to donate to the Brenham Heritage Museum please visit the website at www.brenhamheritagemuseum.org. You may also email BHM at director@brenhamheritagemuseum.org or call 979.830.8445. 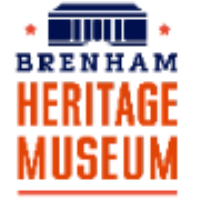